رویدادها
A A A

Natural History
The gulper cat Asterophysus batrachus Kner, 1858 is a member of the family Auchenipteridae (driftwood or auchenipterid catfishes), which occur in rivers from southern Central America to extreme southern South America (specifically Argentina). The auchenipterid cats all exhibit a scaleless (or “naked”) body and three pairs of barbels (except in one species), of which the maxillary pair is the longest. The pectoral and dorsal fins have a strong anterior spine, and an adipose fin may either be present or absent. They are chiefly found in fresh water, with the exception of one species, Pseudauchenipterus nodosus, which is known to enter brackish waters on occasion.

Asterophysus batrachus is a native of northern South America, specifically the Rio Orinoco and Rio Negro drainages of Venezuela and Brazil, respectively. Throughout its range, the gulper cat inhabits areas that are slow-flowing and abundant with submerged structure. Being somewhat bulky in build, they do not have the ability to withstand strong, rapid currents. However, they are sometimes seen in areas that have a stronger current than the waters in which they are typically found. Some hobbyists report their gulper cats doing quite well in large aquariums with a turnover rate of as much as 20 times the tank’s volume. Therefore, what is selected as prime conditions in nature and what we have the fish deal with in aquariums are indeed usually quite different. By providing some (not too much) driftwood or other decor to break up the current, it makes it very possible to keep this species successfully in a high-flow situation.

Space Requirements
At a total length (TL) of about 12 to 14 inches, the gulper cat is at home in moderately sized aquariums holding an average of about 100 gallons in volume. As with all species of fishes housed in captive conditions, it’s not necessarily the total volume that’s important, but rather the measurements in which that specific volume is laid out, which is more appropriately referred to as the container’s “footprint.”

The ideal 100-gallon aquarium for a fish the size of the gulper cat would have a footprint that measures 72 x 18 x 18 inches; while this aquarium footprint is sadly no longer a standard size offered by the major aquarium manufacturers, it may be had through special order.

Decoration and Substrate Selection
Due to the soft, sensitive (scaleless) skin of Asterophysus batrachus, it is typically advised to use a sparse approach to the tank’s overall decor. Being a type of woodcat, combined with the fact that they are found in areas where there is an abundance of submerged structure (usually in the form of wood), it is perfectly acceptable to use any of the various types of driftwood or bogwood available at your local pet shop. Of course, be sure that any wood that is to be used in the aquarium is cleaned appropriately prior to introduction to your aquatic collection.

Substrate, on the other hand, is less likely to be as much of an issue in regards to its ability to scratch the sensitive skin of your gulper cat(s) or other fishes. While in most texts it’s stressed that the substrate should be rounded pebbles and the like, the hobbyists that were sourced for this article indicated they paid little attention to substrate selection, and none had any issues to date. That said, it is still advised to be on the safe side and stay away from a substrate that is large and noticeably sharp or rigid. Basically, if your fingers are chafed after running them through it a few times then don’t use it with gulper cats, or any catfishes for that matter. The same would apply to other scaleless fishes such as loaches and eels.

Foods and Feeding
Gulper cats are strict carnivores by nature, but that does not mean they do not benefit from the addition of some vegetable matter into their diet. Of course, the problem of getting them to voluntarily ingest this material arises. One way to combat this issue is by gutloading live feeder fishes, such as goldfish or minnows, with a high-quality diet of prepared foods, such as any of the vast assortment of flaked, pellet, or granular-type foods offered by aquarium shops. Typically, the bellies of the feeder fishes should be rounded out using these foods and then immediately offered to the gulper cat and any other predatory fish that is being fed at the time. It’s very important to realize that most fish, especially minnows and goldfish, generally have very high metabolisms and tend to cycle through these foods very fast. So if you offer your feeder fishes such foods before leaving for work or school in the morning, then feed them to your gulper cat upon your return many hours later, you will not be maximizing the effectiveness of the gutloading technique. 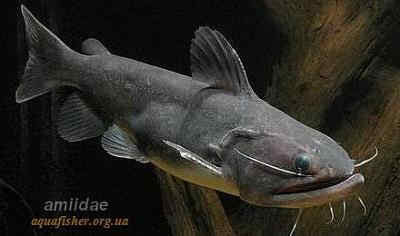 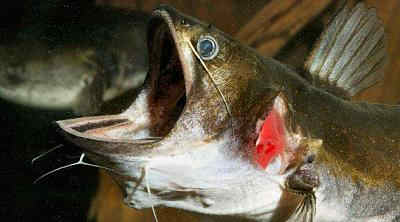